Ravi Nessman was Associated Press Bureau Chief in 2008/09 based in either Delhi or Colombo. He was carried to the war front on day visits in October 2008[1] and late January 2009. He was certainly located in Colombo when asked by the Public Broadcasting Service (PBS) to speak to America on the show that is simply titled Tavis Smiley. This show usually features “a unique mix of news and pop culture to create a thought-provoking and entertaining program. A hybrid of news, issues and entertainment, it features interviews with artists, activists, news makers, politicians and everyday people.” 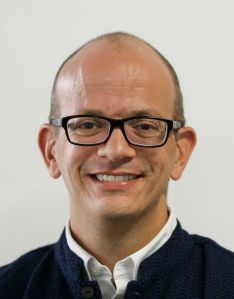 18th February 2009 in “episode 18 of Season 6, Smiley interviewed Dr Palitha Kohona and then Ravi Nessman . For a live hearing of the latter session with Nessman, see https://www.youtube.com/watch?v=a2ZqLlpuLBE.

Critical Comments are inserted at the end of this word-for-word record of the interview. Michael Roberts

Smiley Q: The government there has been accused of targeting civilians the UN..  in fact has …. Has….something to say about the strategy of the government  in Sri Lanka Um.. what.. what’s your sense as a journalist of how that part of the story is being covered with regard to accusations against the government?

Nessman A:  This is a very difficult story to cover as a journalist. The worst one is a black hole(unclear)  we are barred from going in …  most aid workers are barred from going in, so all of these accusations are fly back and forth a lot of it is ..is based on.. on  scattered reports that we are getting,  the very few reports we are able to get and from what we are able to get from  ..um ..Doctors up there who are the very few people there with telephones that that ‘s the work from some of the witnesses who fled,  from civilians who left,  is that the government appears to be shelling in this very small area with tens of thousands of civilians and that seems to be causing a lot of civilian casualties. On the other hand the Tamil Tigers have been accused by some of the civilians who fled,  of shooting at the fleeing civilians. The government says that ..um.. they are being used as human shields to.. to. .. prevent the government offensive from taking that last bit of land. Both sides deny all the accusations against them but what seems clear from the reports is that civilians are being killed, and they are being killed by both sides.

Smiley Q:  So given that again that the Tamil people are.. at least those who are fighting, are boxed in now to this area in the north east part of the country.. you have any sense of how much  longer it will be before at least the official, if I can use that word the civil war that is under way … how long before this part of this story  is over?

Nessman A:  We can’t get up there and the information is so scattered that we are getting are ,….um…. you know,  we hear reports of battles that are rumoured that may or may not even be happening , massive casualties on one side, massive casualties on the other…. I can’t tell you if the….if the  Tamil Tigers even retain a conventional fighting component right now  … or are still maintain a massive army  up there. We have absolutely no idea. Um ..the President himself said on February fourth we are just days away, the government was just days away from victory over the Tamil Tigers. But this is more than two weeks later and there’s still fighting going on. So it’s … it’s very difficult to know what’s exactly going on in the North, how long it’s going to go on for, what kind of fighting is.. is  actually happening,  what the capabilities are of both sides.

[3] There five Ministry of Health doctors as well as about ten LTTE recruits. The latter in particular were probably hard-line Tiger enthusiasts.

[4] Michael Roberts, “Dedicated Medical Work Amidst the Heat of War, Death and Propaganda: In the Vanni Pocket,”  8 January 2014, https://thuppahi.wordpress.com/2014/01/08/dedicated-medical-work-amidst-the-heat-of-war-death-and-propaganda-in-the-vanni-pocket-2009/#more-11562

33 responses to “The War in Sri Lanka: Ravi Nessman’s Slanted Story for USA on the Tavis Smiley Show, 18 February 2009”