George Soros and Prof. Joseph Stiglitz will be visiting Sri Lanka in the next few days for discussions on economic and political paths at the highest levels. Their visits are a consolidation of American ‘patronage’ of the Yahapalanaya government marked by preceding visits from John Kerry and Samantha Power, heavyweights in the USA government. Both Soros and Stiglitz are controversial figures, subject to searing criticism from right-wing currents in USA as well as (2) left-wing intellectuals with grounded insights into the operations of the US government and (3) nationalists in the old colonized countries who are wary of the machinations of those so-called ’international’ agencies’ who espouse R2P interventions in support of human rights in ways that seem to complement USA’s agendas.

The line of protest voiced by those pressing allegation 3 above is presented below in Item B by “Patriot” taken from Lankaweb on 2nd January. It is preceded by Item A, a short MEMO on the run (Blackberry) from the Canadian lawyer-intellectual Christopher Black in response to my query inspired by Item B.

Dear Chris, ………………. Are these warnings re Soros [Patriot’s article} justified? Can you please clarify the indication [Black’s previous exchanges with Roberts — way back in 2015] that Soros has CIA funds and the seeming contradiction between that claim because the Soros enterprises are OSTENSIBLY left-wing? ….. Michael

Michael, …………………. There is a lot of material on Soros on the net. He is not left [ Left wing radical] – [rather] he is just a swindler with great wealth who destroys any country he chooses to make money in. He supports NGOs who take apart socialist economies to replace them with economies dominated by big capital … and he is closely connected to United States’ Government and all its services. …………….. Chris 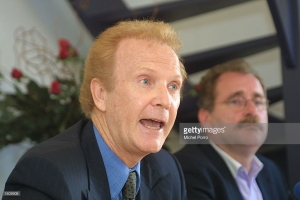 The Sri Lanka Economic Forum is to be held under auspices of the Sri Lankan Prime Minister on 7 January 2015. Chief Guests at this event are George Soros and Prof. Joseph Stiglitz. The theme of the event is “steering Sri Lanka towards sustainable and inclusive development-PM Ranil Wickremasinghe’s agenda for development’. Do the people of Sri Lanka know who George Soros actually is?

Yesterday we started looking at Joseph Stiglitz, the massively influential Columbia University economist who derides “American-style capitalism” while preaching government intervention as the key to prosperity. We ended up by stating that while Stiglitz has been called a liberal, it really makes more sense to call him a socialist. Why? The Socialist International Commission on Global Financial Issues. Stiglitz can be seen along the right side of the table, leaning forward, between the windows

Stiglitz is also a fervent enthusiast for the UN, a supporter for a dramatic increase in its power, and an advocate for the view that the U.S. and other sovereign states should be subordinated to that power. He’s one of those people who believe, perversely, that when you scrape together the (at best) dicey representatives of a hundred or so corrupt, poor, unfree, incompetently managed nations and pack them into a building on First Avenue in Manhattan, they magically turn into a body of wise, noble, upright sages who are equipt to restructure the world order – and reorder the world economy. Among the UN officials with whom Stiglitz has closely collaborated is Miguel D’Escoto, a hard-line Marxist who was foreign minister for the Communist Sandinista regime in Nicaragua, who won the USSR’s Lenin Peace Prize, who’s an outspoken enemy of both the U.S. and Israel, who has publicly hugged Iranian President Mahmoud Ahmadinejad – and who, a few years back, appointed Stiglitz “to chair a high-level U.N. task force to review the global financial system.”

Miguel D’Escoto: As great as Stiglitz’s enthusiasm for the UN is his contempt for the International Monetary Fund. In his 2002 book Globalization and Its Discontents, accordingto Irwin M. Stelzer, Stiglitz “almost equates the consequences of policy failures by the International Monetary Fund with the consequences of Nazi Germany’s final solution.” What, in Stiglitz’s view, needs to be done to fix the IMF? Easy: give more power to the African countries that are the chief beneficiaries of its largesse. As Stelzer put it, “in a perfect world it would be sensible to confer more power on the recipients of IMF assistance so that the funds might be deployed more effectively. But we don’t live in that world. Ours is one in which kleptocratic African regimes impoverish their nations with a combination of misrule, military adventures, and policies that discourage inward investment.”

George Soros: Then there’s Stiglitz’s connection to George Soros, the far-left multibillionaire who is actively seeking to use his wealth to transform the world – and, not least, as we’ve seen in previous posts on this site, diminish American power and American freedom. Soros, as Cliff Kincaid has observed, “wants to phase out the U.S. dollar as the international reserve currency and bring the U.S. into a system of international socialism, with new and more powerful global agencies deciding our economic and financial fate.” And who is Soros’s “point man” on this alarming project? None other than Joe Stiglitz – who, as head of a Soros-funded NGO called the Initiative for Policy Dialogue, is fighting for the institution of “a new international currency” and of an international taxation system.

Yes, you read that right: an international taxation system.

Who has written this bizarre blog that tells such stupidities? Stiglitz a
member of the “socialist international” (what is that–it does not exist).
He is an economist with some liberal ideas but he is no leftist and for
any one to write that Soros is an agent of the socialists is more than
absurd. Must be written by people who are even further right that Soros-in fact it must be written then by Nazis.

Black speaking at the Forum -Dialogue of Civilizations

Greg Sheridan 2015b “Disasters from Western Action and R2P in the Middle East,”   19 November 2015, https://thuppahi.wordpress.com/2015/11/19/disasters-from-western-action-and-r2p-in-the-middle-east-when-will-we-ever-learn/