As Solid as Imposing. Senaratne’s History of the Armoured Corps

Sri Lanka Armoured Corps. Sixty Years of History, 1955-2015 prepared meticulously by Jagath Senaratne (Colombo, 2015) is a substantial volume of 346 pages which will dominate any book shelf in ways reminiscent of armoured vehicles on parade grounds. Insofar as military histories are unfamiliar terrain for aficianados in the Sri Lankan book world, it is hoped that this tome will be an eye-opener. 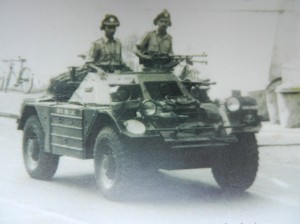 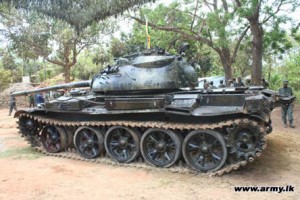 The numerous images which adorn the book will certainly attract interest. Of particular significance are the graphic maps in colour that provide details of particular battlefield situations. These are supported by a number of striking and useful photographs. It is an alarming fact of the power-plays in the world order dominated by the self-appointed “international community” (read as “cabal”) marshalled by the West that serious studies of Eelam War IV have been assembled by so called “experts” (for instance, the UN Panel that is sometimes identified as the “Darusman Panel”) who are raw amateurs in battlefield experience – individuals whose office-room outlook was further clouded by total unfamiliarity with the Sri Lankan landscape.[1]

Maps and photographs do assist amateurs like this author when they address war theatre and combat complexities, but are no substitute for real time experience in fighting. The SL Armoured Corps may have been formed in 1955, but itself lacked much battle experience till the 1980s though some personnel saw action during the 1971 JVP insurgency.

The most important chapters in this book are chapters 9 to 13 dealing with the role of the armoured regiments during various stages of the struggle against armed Tamil militants and the de facto state of Thamilīlam set up by the LTTE from 1990.

In line with government policy, the term Thamilīlam is never deployed in Senaratne’s book. I am not so constrained: I prefer to call a spade a spade because this dimension of the world will enable readers comprehend the magnitude of the task encountered by the government of Sri Lanka and its security forces in defeating the LTTE military complex and its manifold arms all over the world.

These maps are NOT from the book but my insertions

I reproduce select maps and images within this review so as to give lay-readers some ‘glimpses’ of battlefield reality – however inadequate they may be. A trawl of the web will also reveal  images displaying the ingenuity of the Tigers in improvising armoured vehicles and artillery of their own (to supplement tanks, artillery and carriers captured in battle).

One of the signal LTTE tactics in the latter stages of Eelam War IV from 2008, when they were outnumbered and outgunned, was to resort to the extensive use of berms (or what South Asian Armed Services call “ditch-cum-bunds”) in their defensive efforts. This is an ancient military mechanism: extensive walls of bunds (embankments) with watercourses in front. Linked with the extensive use of mines, these berms restricted the SL Army’s armoured corps: they could not blast their way across Tiger lines of defence. The problem was worse in the low-lying waterlogged areas of the northern Vanni and in monsoon season. Just study Gota’s War by C. A. Chandraprema.[2] 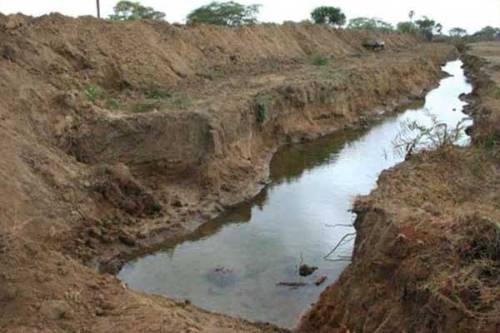 It is a pity that Senaratne’s book does not use one or two detailed illustrations of battlefield triumph/advance to indicate to us lay-readers HOW the combined infantry and supporting machinery overcame the serried layers and lines of berm-defence constructed by the LTTE – Tiger work that was aided by the availability of bulldozers and other such machinery commandeered (or loaned?) by INGO organisations within Thamilīlam.

I note here that the ultimate ditch-cum-bund in March-May 2009 was the combination of Nandikadal Lagoon and embankments on its eastern shore – a defensive barrier that hemmed in the Tamil civilians corralled as so many sandbags in the LTTE’s defensive strategy[3] at the same time that it posed a major problem for the SL Army in advancing mode. That the special forces led by Ralph Nugara and Athula Kodippili penetrated this defence on the night of April 18th/19th and established a beachhead while also creating safe corridors for hundreds of civilians to flee to safe territory is a military marvel.[4] As an amateur I stuck my neck out in saying that the achievements of the SL Forces at this moment and then in May matched the battle of Dien Bien Phu in world military history.[5] It is pleasing to see that an SAS officer, Major General John Holmes, recognised the magnitude of military skill required at that moment in April/May 2009: “the SLA relied upon the over-arching political direction to avoid excessive human casualties, as this would have had the likelihood of ensuring international intervention, on the basis of a humanitarian disaster, thereby frustrating a key military objective, namely to kill or capture the LTTE leadership. Common sense dictates that this is likely to have been passed down the command chain. … in my opinion, it is astonishing that 290,000 Tamil civilians survived to be rescued by the SLA. It is also of note that that there are too many well recorded instances of soldiers helping Tamil civilians to escape to believe that the ‘no civilian casualty’ policy was not understood by all ranks.”[6]

Close scrutiny of Senaratne’s book and the roll call of dead armoured corps personnel set out on pages 208-219 will reveal that of the 443 SLAC men who paid the ultimate sacrifice for their land, only four died in 2009: Major RMN Randunuge at Pallai on 1 January 2009, Sgt MA Sarathchandra and Cpl. IKCT Wellagiriya on 3rd January 2009 at Muhumulai and Cpl MWK Ratnayake at Vellimullaviaal on 3 May 2009. The last-named died when he stepped on a mine or IED when reconnoitring for a spot suited to a base plate.[7]

What does this suggest? In my conjecture, the armoured corps seems to have been of limited offensive value during the last phase, so that their role was devoted to the provision of a cordon sanitaire of layered defence in the rear meant to halt any LTTE breakthrough (as happened once in early February 2009 if one consults Sergei de Silva-Ranasinghe’s incisive articles[8]).

There is a further implication. This fact suggests that the government and its armed command exercised a considerable measure of restraint in its attacking strategy because of the presence of Tamil civilians (designed by the LTTE to inspire foreign intervention). That was as it should be – even though it meant more casualties on the GSL side.

In the standard fashion displayed by the military books produced in Sri Lanka this tome also devotes space to the pomp and pageantry and ‘extra-curricular’ activities (for e. g. sporting men, peacekeeping ventures abroad) involving the armoured corps. All this and more is embraced within a book printed on art paper and boasting a lavishness and expense which academic institutions in the island would, well, die for. 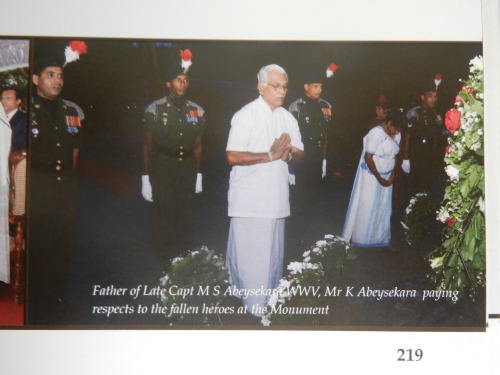 But academics rarely die for their country. 443 armoured corps personnel did … and then there are the disabled. One image in the book depicts Mr K Abeysekara paying  homage to his dead son and other war dead. He would certainly not begrudge such expansive projects. 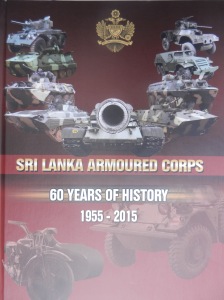 Holmes, Maj-Genl John 2015 “Expert Military Report,” 28 March 2015, Annex I of Report on the Second Mandate of the Presidential Commission of Inquiry into Complaints of Abductions and Disappearances [i.e. Paranagama Report], August 2015, pp. 243-44

Marga 2011 An Analysis and Evaluation of The Report of the Advisory Panel to the UNSG nn the Final Stages of the War in Sri Lanka, https://www.dropbox.com/s/0eybj1ynej6spaa/The%20Darusman%20Report-%20Final%20doc-2.doc

[1] For devastating criticisms of the UNPoE Report, see IDAG [i.e. Citizen Silva] “The Numbers Game,” 2013 and Marga, An Analysis and Evaluation of The Report of the Advisory Panel to the UNSG nn the Final Stages of the War in Sri Lanka, 2011. It is an index of the inequalities of power in the political and media world that neither of these studies are referred to in studies in the West. This suppression suggests that dishonesty guides the humanists and moralists who have targeted Sri Lanka

[3] See Roberts, “Realities,” for a clarification of the grand strategy with claims of “genocide” voiced from 2008 onwards.

[7] Oral information gathered after I presented a talk entitled “Then and Now. The circumstances surrounding Eelam War IV,” to the officer corps of the SLAC at Rockhouse on 21 July 2016.