Rajiva Wijesinha, in Island, 13 June 2017, where the title is “The Troika and the importance of individuals” with the highlighting  being the work of The Editor, Thuppahi

I have read with interest the accounts by Lalith Weeratunge and Dayan Jayatilleke of the way in which a Troika managed relations between India and Sri Lanka during the war period. Lalith’s account is most illuminating, in explaining how our three representatives, Lalith himself and Gotabhaya and Basil Rajapaksa, ensured the confidence of the Indians, even though the latter were nervous about possible reactions in Tamil Nadu. 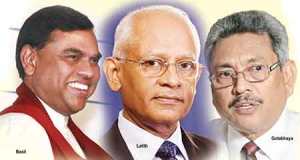 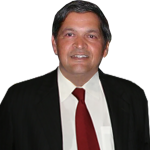 But I believe Dayan is correct in drawing attention to the policy commitments underlying the very positive relationship they nurtured in those crucial years. And I think Dayan is also correct in noting that we need to look also at what happened afterwards, and how the benefits of what the Troika achieved were squandered.

The key to the confidence between the two sides is clear from the Press Statement issued after one of the most significant meetings between the two sides, which took place after the war had concluded. It noted that “Mr. M.K. Narayanan, National Security Advisor and Mr. S. Menon, Foreign Secretary of India, visited Sri Lanka on May 20 and 21. They called on His Excellency Mahinda Rajapaksa, President of Sri Lanka and met with senior officials, including Hon. Basil Rajapaksa, MP, Mr. Lalith Weeratunga, Secretary to the President and Defence Secretary, Mr. Gotabhaya Rajapaksa.

They also interacted with a number of political parties in Sri Lanka…Both sides also emphasized the urgent necessity of arriving at a lasting political settlement in Sri Lanka. To this, the Government of Sri Lanka indicated that it will proceed with implementation of the 13th Amendment. Further, the Government of Sri Lanka also intends to begin a broader dialogue with all parties, including the Tamil parties, in the new circumstances, for further enhancement of political arrangements to bring about lasting peace and reconciliation in Sri Lanka.” (May 21, 2009)

Unfortunately, as Dayan notes, we did not live up to the commitment enshrined in that communique, and of course that led to an erosion of confidence in India. Neither however goes into the reasons for that failure, though Dayan refers to what might occur in the future, and thus suggests the mindset that might have upset the equilibrium.

What Dayan does not do is explore the personalities involved and their contribution to the mess in which we found and now find ourselves. Lalith does spend some time in discussing individuals, but in his usual polite and understated fashion. But it is clear he admires the professionalism of the three individuals on either side, and given the positive results of their interactions we should have nothing but praise for them for what they achieved through these.

But Lalith also refers to perhaps the most important individual who promoted the practice and thus the relationship, namely the then Indian High Commissioner, Alok Prasad. The article says what he did, but only hints at both the immense affection he evinced towards Sri Lanka during his stint here, and also his capacity to both think and act outside the box.

I should note here that he knew he was going out on a limb, as I sensed when he dined with us at the invitation of Mahinda Samarasinghe just before the 2008 Eastern Provincial Council election, and expressed some worries to me privately on the verandah as to whether government would appoint a Tamil Chief Minister. I had been keen on this myself and had checked with the President, so could reassure him, but I realized that he was worried, having probably stood surety for us with the government in Delhi. As it happened, government fulfilled its obligations, though Pillaiyan did little to benefit the Province, and sadly next time round there was a Muslim Chief Minister, and no Tamil Minister at all.

Alok was gone by then, having served us well while also ensuring the interests of his own country. His successor, Ashok Kanth, proved a disaster. He was a nice man, but very proper, following rigid Foreign Ministry guidelines, which did not help relations. I remember once suggesting to him that he should have informal discussions with government Ministers who were keen on reconciliation as well as the political reforms as to which the President was dragging his feet. But having thought about it, he told me he did not think it would be proper. Sadly his approach created distrust, and the President was scathing about him, whereas he had much appreciated Prasad’s approach.

But I should note that we were also affected adversely by the approach of our own Foreign Ministry. It is notable that Lalith does not mention the Foreign Minister at the time, Rohitha Bogollagama. That is significant, because Bogollagama in fact did nothing, and was also content to let others make the running. And given that he and his Secretary, Palitha Kohona, did not get on, there was no concerted Foreign Ministry effort to influence matters.

Sadly this was not the case during Mahinda Rajapaksa’s second Presidential term. G L Peiris stuck like a limpet to his prerogatives, but in order to do this believed that he should not shake the boat, nor indeed himself. And he allowed himself to be dominated by those in the Ministry who knew to manipulate him, aided and abetted by Sajin Vass Gunawardena, whom the President had, ridiculously, appointed as Monitoring Member of Parliament for the Ministry.

That explains the way in which the Foreign Ministry, after the West had in 2012 for the first time triumphed in Geneva against the Rajapaksa government, claimed that we needed to go back to our ‘traditional allies’ in the West. Dayan and Tamara Kunanayagam were blamed for having worked with others, but there was also some criticism of India for having, it was claimed, let us down. That, it should be noted, arose because Mahinda Samarasinghe announced Indian support for us, even though India had specifically, in pledging support, asked that this be kept quiet. I believe that Mahinda made the statement on advice, but he is still in a state of denial about the whole business.

That was followed by a report that our High Commissioner in Delhi, Prasad Kariyawasam, had called Tamilnadu leaders TNA supporters. Prasad denies this, and in fact told me that the Indian government had cleared him of this charge – while being critical of Mahinda’s indiscretion. But the report had led to renewed pressure by Tamilnadu on the central government, and in the end it had succumbed.

But before that the Indian Prime Minister had sent a letter to the President, asking for clarification on certain issues, and not received a reply. I was told this by the Joint Secretary in charge of Indo-Lankan relations, Sujata Durai, whom I used to meet with informally on my visits to Delhi as I had done with her predecessor Harsh Shringla. When I asked about this at the High Commission, the Deputy, Mahishini Colonne, said she know nothing of this, but she may have been being discreet.

But Prasad told me the whole story, with some anger about the absurdity of the Ministry. The letter had gone to G L Peiris, but it seemed it had not been shown to the President. I believe there had been some sort of a response, but then that had been withdrawn. The point is that what seemed contempt from a letter from the Prime Minister had contributed to the decision of the Indian government to vote against us. I had the impression that this was against the advice of their Foreign Ministry, and it is possible that Manmohan Singh would have resisted the pressure from Sonia Gandhi had we sent a conciliatory reply, but that was not to be.

I should note here, though it is not relevant to relations with India, that G L also similarly mucked up relations with the United States. Soon after he took over the Ministry, Hillary Clinton had invited him to Washington, but he had not gone. Palithat Kohona, our ambassador at the time, had urged him to come but it seems he claimed that she would scold him. What else she could do, if scorned, he did not think of, whereas had he responded to her firmly but positively, we might have been spared much of the machinations the United States since engaged in against us.

What Lalith omits from his account is the manner in which his own influence was erased during Mahinda Rajapaksa’s second term. Since his approach has always been balanced, I asked him after the 2015 election why he had not pressed it, but he told me he was totally isolated. And to my query as to why then he had not resigned, he said it was because it would have upset Mahinda Rajapaksa no end.

I think that is true, that Mahinda realized that Lalith had his interests at heart more than anyone else. And meanwhile, without Lalith working together with both, Gotabhaya and Basil did not adopt a common approach towards either India or our internal situation.

Dayan notes that India had voted against us by the time we held the Northern Provincial Council election, in 2013. India had expected it to happen much earlier, and both Dayan and I had urged this. And to my surprise Gotabhaya told me in 2015 that he had done the same, but Basil had urged postponement, claiming that his development activities would garner more support for the government. Of course nothing of the sort happened, and government was defeated resoundingly whereas at an earlier election they would have benefited from the relief that a fair proportion of the population felt about the troubled times being over (as was apparent in the local elections that were held well before 2013).

So there was no coordination during the President’s second term of the sort Lalith’s Troika had provided earlier. While the lessons of how they operated should be taken to heart, we should also note the confusion engendered by individuals working with no clear sense of purpose.

Lalith notes that ‘leaders in countries could pick competent officials or political personalities in whom such leaders have high confidence to intervene on behalf of the country to buttress foreign relations. However, extreme caution should be exercised by those interventionists not to work outside the policy framework of the government they represent.’ But when there is no clear policy framework, there will be chaos, and the worse when those picked are neither competent nor committed to the country.

“PK Balachandran on Overt and Covert Paths in Indian and American Policies towards the Sri Lankan War, 2008-09,” 16 September 2015, ….  https://thuppahi.wordpress.com/2015/09/16/pk-balachandran-on-overt-and-covert-faces-in-indian-and-american-policies-towards-the-sri-lankan-war-2008-09/