In Praise of Traitors: Intimacy, Betrayal, and the Sri Lankan Tamil Community

Sharika Thiranagama, Chapter in Suspicion, Intimacyy and The Ethics of State-building, ed. by S. Thirangama and Tobias Kelly, , University of Pennsylvania Press, 2011. 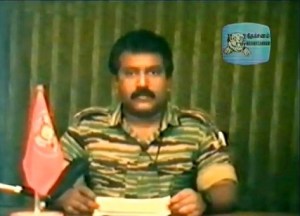 ABSTRACT: In a 2006 Canadian Sri Lankan Tamil pamphlet called Thurohi (Traitor), the author tells his diasporic audience, “many of us fled and came to this country. Why? Our life’s duty is to survive. But what is our historical duty? To be traitors” (Jeeva 2006, 3; emphasis added).1 The war between the Sri Lankan state and the separatist Liberation Tigers of Tamil Eelam (LTTE) drew in Sri Lanka’s three largest ethnic groups: The majority Sinhalese, the minority Sri Lankan Tamils, and Sri Lankan Muslims; the latter, while war-affected, were not active in the conflict. The primary battlefields and areas of LTTE control were northern and eastern Sri Lanka. In May 2009 the war came to a bloody close in a stand-off with the Sri Lankan Army and the death of LTTE leader Velupillai Prabhakaran and most senior leadership. This end came long after the writing of this chapter and is not its subject…….

….. But it is now even more urgent to examine the consequences of the war and LTTE culture of terror on Tamil society and political culture. I examine how in this war treachery came to be seen as the ultimate ethical act. I discuss how individuals in a community of potential traitors come to reformulate ideas of intimacy and ways to fashion meaningful social and political roles in the heart of terror. “The traitor is more dishonorable than the enemy,” Prabhakaran announced in his annual Heroes Day speech.2 The enemy so named is the “Sinhalese” Sri Lankan government. That the Tamil traitor is considered more abhorrent than the enemy reveals that the LTTE was fighting a war on two fronts, one against an external enemy, the other against an internal foe, in an effort to define a people and a place, a task that brooks no opposition and necessitates frequent cleansing. The traitor had become the central figure by which the LTTE poses questions of community, loyalty, and Tamilness. Tamils had come to fear being marked as traitors. Treasonous acts were ever-expanding, from open political action to being seen talking or transacting with the Sri Lankan Army to refusing to pay LTTE taxes. The categorization of treason remained stable only to those to whom one was considered treasonous: The LTTE. Thousands had been arrested and fined, and many killed. The reason given for almost all extrajudicial killings in the LTTE-controlled north and east was the needful cleansing of traitors. This heightened following the split of the LTTE into two factions, both claiming that those who support the others are traitors, further exacerbating the surveillance and violence enacted against Tamils. This situation has received little attention in academic work (including my own), which has concentrated on the interethnic and countrywide tensions of the civil war. The actions of the LTTE toward its own population, for whom it promised liberation and a Tamil homeland (Tamil Eelam) have remained “our secret,” one shared among Tamils, a story about the relationship between not the self and the other but the self and “ourselves”. This chapter draws from research undertaken with those who were labeled traitors, my own fieldwork among Tamils in Sri Lanka, and a new dissident consciousness epitomized in pamphlets, plays, and dissident poetry that assert that to be a traitor is the only way to occupy a position that can speak about “our secret,” the LTTE. I attempt to set some of the groundwork for a good consideration of treason within the specific political context of Sri Lanka, as well as a more general framework for understanding why it is possible to make some lives forfeit merely by labeling them traitor. I argue that the potency, possibility, and abhorrence of treason are produced by our senses of intimacy with others and our fears that intimacy may be brittle and fragile. The first section gives a detailed introduction to the LTTE and its rise to power. I then move, in the second section, to discuss the structural positioning of “the traitor” and the connection between senses of intimacy and the moral abhorrence of treason. I pose this within a Sri Lankan context, where I disentangle the LTTE’s “fear of traitors” from civilian “fear of betrayal”-being betrayed by each other to the LTTE as traitors. Both play with two different senses of the intimate. The first notion takes from Herzfeld’s (1997) suggestion that a sense of “cultural intimacy” exists among those who share codes, practices, language, and a sense of “rueful self-recognition.” The second is the sense of closeness we feel for intimates, those we live, socialize, and work with. I suggest, first, that the LTTE was able to exert power over Tamils because it operated from within the community and within a sense of the intimate. However, I then examine how intimacy becomes constantly reformulated as people search for ways of being social with each other. Finally, I conclude by pointing to the ways in which those who have been labeled traitors come to acknowledge and make treason the grounds by which they find a way of speaking about Tamil politics, refusing, reversing, and, finally, as with Jeeva above, harnessing the power of treason as needful diagnostic. Copyright

Bart Klem: “The Terrain of War: Ahmed and Thiranagama. From Outside and Inside,”4 November 2016, https://thuppahi.wordpress.com/2016/11/04/the-terrain-of-war-ahmed-and-thiranagama-from-outside-and-inside/

“Val Daniel’s Introduction of Ben Bavinck and Ben’s Diary over the Years of Conflict in Lanka,” 11 September 2011,https://thuppahi.wordpress.com/2011/09/11/val-daniels-introduction-of-ben-bavinck-and-bens-dairy-over-the-years-of-conflict-in-lanka/

Michael Roberts: “Sandwiched in between: Tamil Dissidents and Others in the Furnace of War & its Killings, January 1989-late 1990 via Ben Bavinck’s Diary,” 29 September 2011, https://thuppahi.wordpress.com/2011/09/29/sandwiched-in-between-tamil-dissidents-and-others-in-the-furnace-of-war-its-killings-january-1989-late-1990-via-ben-bavinck%e2%80%99s-diary/

Traitors. Suspicion, Intimacy, and the Ethics of State-Building …..Edited by Sharika Thiranagama and Tobias Kelly

“Traitors offers an unusually creative angle on some classic ethnographic problems related to states, citizenship, identity, and political opposition. The authors look to treason as a domain where the intricate entanglements of state practice and social life (even intimately private life) become concretely visible. In the process, the book yields something highly original—ethnographies of state power from the standpoint of its improvised reversals.”—Carol J. Greenhouse, Princeton University

The figure of the traitor plays an intriguing role in modern politics. Traitors are a source of transgression from within, creating their own kinds of aversion and suspicion. They destabilize the rigid moral binaries of victim and persecutor, friend and enemy. Recent history is stained by collaborators, informers, traitors, and the bloody purges and other acts of retribution against them. In the emergent nation-state of Bhutan, the specter of the “antinational” traitor helped to transform the traditional view of loyalty based on social relations. In Sri Lanka, the Tamil Tigers’ fear of traitors is tangled with the Tamil civilians’ fear of being betrayed to the Tigers as traitors. For Palestinians in the West Bank, simply earning a living can mean complicity with people acting in the name of the Israeli state.

While most contemporary studies of violence and citizenship focus on the creation of the “other,” the cases in Traitors: Suspicion, Intimacy, and the Ethics of State-Buildingillustrate the equally strong political and social anxieties among those who seem to be most alike. Treason is often treated as a pathological distortion of political life. However, the essays in Traitors propose that treachery is a constant, essential, and normal part of the processes through which social and political order is produced. In the political gray zones between personal and state loyalties, traitors and their prosecutors play roles that make and unmake regimes. In this volume, ten scholars examine political, ethnic, and personal trust and betrayals in modern times from Mozambique to the Taiwan Straits, from the former Eastern Bloc to the West Bank.

This fascinating collection studies the tension between close personal relationships, the demands of nation-states, and the moral choices that result when these interests collide. In asking how traitors are defined in the context of local histories, contributors address larger comparative questions about the nature of postcolonial citizenship.

Sharika Thiranagama teaches anthropology at the New School for Social Research in New York and is author of In My Mother’s House: The Intimacy of War in Sri Lanka, also available from the University of Pennsylvania Press.

Tobias Kelly is Senior Lecturer in social anthropology at the University of Edinburgh and author of This Side of Silence: Human Rights, Torture, and the Recognition of Cruelty, also available from the University of Pennsylvania Press.

Sharika Thiranagama’s research has focused on various aspects of the Sri Lankan civil war. Primarily, she has conducted research with two different ethnic groups, Sri Lankan Tamils and Sri Lankan Muslims. Her research explores changing forms of ethnicisation, the effects of protracted civil war on ideas of home in the midst of profound displacement and the transformations in and relationships between the political and the familial in the midst of political repression and militarization. She has also conducted other research on the history of railways in Sri Lanka, on the political culture of treason amongst Sri Lankan Tamils, the BBC World service in South Asia etc. She is currently undertaking new research in Sri Lanka on post war life in the Jaffna Peninsula mapping new post war social configurations. The second fieldwork project that she is conducting fieldwork on currently is entitled ” The Local Level Social Life of Global Ideologies” and will be based in Kerala, South India. It is based in the Palakkad district of Kerala and will examine three generations of transformation among agricultural workers and the rural library movement.”