Rajeewa Jayaweera,  from Island,  9  September 2019 where the title is “Hobson’s choice with Presidential Candidates”

Two recent articles published in The Island were eye-openers. The first was titled ‘Presidential Elections and the Peoples Options’ by a group of eminent persons collectively known as ‘Friday Forum.’ The other was titled ‘Milinda reminds seven cold economic truths as politicians go into overdrive with promises’ by former politician and minister Milinda Moragoda. 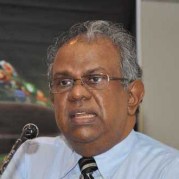 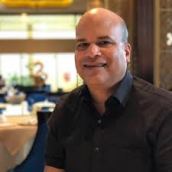 The Friday Forum has highlighted several of the ills prevailing in the country and its governance. Key aspects refer to multiple crises sans requisite political leadership with required skills to resolve them; the religious and ethnic divide with severe implications for peace and stability; foolish fiscal policies for electoral advantage; unwise and inept foreign policy; the breakdown of law and order besides loss of faith in law enforcement and administration of justice. The group has also cautioned against the rejection of democracy due to the current government’s national security failures. The article briefly outlines the pros and cons of three Presidential candidates, namely Ranil Wickremesinghe, Gotabaya Rajapaksa, and Anura Kumara Dissanayake.

Moragoda’s article highlights seven critical areas which need to be addressed by any Presidential candidate. The seven areas comprise of; (1) National expenditure amounting to double its income resulting in massive borrowings. (2) 90% of revenue spent on servicing the national debt. (3) 1.5 million government employees were providing services requiring no more than 800,000 besides paying pensions for over 600,000 retirees. (4) Imports were amounting to double the Exports in value. (5) Drain on public finances due to massive losses incurred by State-Owned Enterprises. (6) The dependency of almost 40% of the population on the state welfare system (Samurdhi). (7) 25% of the workforce employed in agriculture rather than a more desirable 15%.

At a macro level, Sri Lanka has a problem with its so-called democratic system of governance. We have the structure of democracy but not the culture. Rule of Law, Separation of Powers, Freedom of Speech and Media Freedom are quintessential in a vibrant democracy.

Successive governments since 1970 have confused ‘democracy’ with ‘majoritarianism.’ They have mistaken a Parliamentary majority with the absolute right to unrestricted power. It has given politicians a mentality of being able “to do anything other than changing a man to a woman or a woman to a man” as former President JR Jayewardene stated.

Much has been said and written of the Executive Presidency. Many consider the Presidential form of government as a kind of dictatorship. Nevertheless, the system has worked well for a substantial number of nations in the world, including the US. The system in France has many similarities with our own. The fault lies not with the system. It lies in the nation’s inability to produce candidates suited and equipped to occupy such an office. A key feature in most such countries is the Presidential prerogative to choose his/her cabinet of Ministers from the huge Human Resource pool of the nation’s population. Unfortunately, our system limits the pool to the 225 mostly uneducated self-serving parliamentarians, depriving the country of the services of the more competent and suitable.

Blaming politicians for all the ills of the country is a favourite past time of most Sri Lankans. However, many though not all, members of the Judiciary, Public Service, Armed Forces, etc. are not blameless. In recent years, one Chief Justice, after retirement, apologized for a “Podi Varadak” (small mistake), referring to his ‘not guilty’ verdict despite adequate proof. Another Chief Justice offered the new President, Supreme Court judgments in any way he wanted if not removed from office. A former Secretary to President and the country’s No 1 Public Servant was found guilty and sentenced to three years RI for misappropriating Rs 600 million of state funds. The Supreme Court directed a former IGP last week to pay Rs 1 million each from personal funds to two Police officers. It was for injustices suffered by two Police officers for performing their official duties. One former DIG is on death row convicted for murder and another former Snr. DIG currently indicted for destroying evidence related to a high-profile murder case. The current Chief of Defence Staff continues to wear his uniform and occupy his office while a judicial inquiry is underway. The list goes on.

The purpose of this rather long narration is to highlight the many senior Public Servants not endowed with the traits of honesty and integrity. Suffice to state; it is no different in the private sector.

There are four names currently in circulation for the Presidency, namely Prime Minister Ranil Wickremasinghe, Gotabaya Rajapaksa, Anura Kumara Dissanayake, and Sajith Premadasa. All four have hit the campaign trail addressing political rallies and canvassing voters with promises but no details of funding for the realization of such undertakings.

Wickremasinghe, leader of UNP since November 1994 has led the party to more electoral defeats than any other contemporary leader around the world. He is credited for spearheading the reintroduction of Presidential term limits but also discredited for transferring some Presidential powers to the Prime Minister (himself). The freedom enjoyed by the media and the Right to Information bill introduced and passed needs commendation. The deviousness adopted in introducing and passing many aspects of the 19th Amendment need condemnation. His incompetence in reviewing and reporting on the Delimitation Report and the resulting delay in Provincial Council elections is a black mark on his democratic credentials. He is tall on promises with his high-tech jargon. But nothing he has said till now, even in the North where he finds sympathy, addresses any of the seven cold economic truths in Moragoda’s opinion piece.

Gotabaya Rajapaksa is an unknown quantity in politics. His claim to fame is his administrative capabilities amply proven as both Defence Secretary and Urban Development Secretary. Similarly, his claim to infamy is the several pending court cases, some related to murder. Two of the organizations recently addressed by Gotabaya were the Trishaw Drivers Association and Private Bus Drivers Association. He canvassed for their support, promising them relief. It is a known fact many Trishaw, and Private Bus drivers are narcotics users. Any crackdown on such persons and increase in fuel/diesel prices will invariably result in fierce and sometimes violent protests. Considering the promises made, would a future President Gotabaya Rajapaksa be inclined to maintain law and order or resort to appeasement politics. The SLPP main thrust in the present context being national security, nothing very much is heard of his plans for the economy and solutions for the ballooning debt burden.Former Ambassador to Russia Udyanga Weeratunga, now avoiding arrest over his role in the infamous MIG deal attended a recent ‘Eliya’ meeting in Dubai. Rajapaksa must clarify the role such persons would play, should he get elected.

Anura Kumar Dissanayake represents a political party that has little to offer other than an ideology that has been in retreat the world over for decades.Dissanayake’s pet subject is the misdeeds of the Rajapaksa dynasty, hardly material for a Presidential agenda. The highest number of votes received by a JVP candidate in a Presidential Election is 4.19% in 1982 (it fielded candidates in 1982 and 1999). The highest polled in a Parliamentary election is 9.10% in 2001. It also received 5.75% of the popular vote in the 2018 Local Government elections. With no chance of winning the Presidential election, Dissanayake entering the fray will only have a nuisance value. The few hundred thousand votes he would receive might only result in no one candidate achieving the required 50% + 1. It will result in the need to count preferential ballots.

Sajith Premadasa is best known as the son of President Premadasa and to a lesser extent for his Housing Projects, especially for the economically less fortunate and support for farmers. His current predicament is chiefly thanks to his party leader Ranil Wickremesinghe. Premadasa was never groomed to take over the party leadership and has always been treated as a non-entity.** There is little or nothing in the public domain of his views on subjects such as the economy, foreign relations, education, health sector, trade, etc. The Yala game park is located in his Hambantota electorate. There was an uproar a few years back over a restriction, imposed for conservation purposes, on the daily number of vehicles entering the reserve. Increasing the permitted number of vehicles increasing above the previous daily number of vehicles is a case in point of his political interference. Many of the Tourist Guide/Drivers owning 4×4 vehicles were Premadasa supporters.

The date for Presidential elections is yet unknown. Whereas Rajapaksa and Dissanayake are declared candidates, the UNP candidate remains unannounced. It could be Wickremesinghe, Premadasa or some other. Neither Rajapaksa nor Dissanayake has published their election manifestos. Therefore, voters are in the dark and unaware of what to expect.

Politicians explain their manifestos during political rallies on campaign platforms. It is a one-way dialog which is not good enough. It is time to learn from countries such as the US and take it to the next level.

Let all candidates submit themselves to public scrutiny over a series of individual television talk shows lasting at least two hours. The programmes should be in the Sinhala language with simultaneous translation into Tamil and English languages. Candidates should be prepared to answer any questions related to their respective manifestos by a panel of eminent persons well versed in related subjects.

The Friday Forum has many with the requisite knowledge base for such a task. In undertaking such a task, the group could make a meaningful contribution.

As matters stand, it is a Hobson’s Choice for voters.