Nandasiri Jasentuliyana Today ….. and THEN when he led the Southern Province Schools Team against the Australian Schoolboy Team in 1958 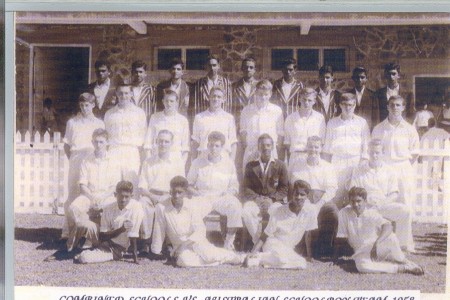 The First Australian Schools team to visit Ceylon seen in 1958 with the Combined Schools Team that played in Galle with Nandi Jasentulyana (aka JLN De Silva then)as Skipper (seated in centre) …..

END_OF_DOCUMENT_TOKEN_TO_BE_REPLACED

Stephen Long is clearly an adventurous American who has travelled widely and ventured into the paths of Buddhist meditation as a central facet within this journey – so much so that he adopted a brahmacharya philosophy of life leading to his ordination in Los Angeles.[1] He does not seem to be a mere dabbler in the Buddhist dispensation: he has published a book entitled Karmic Ties: A Novel of Modern Asia (1999).  He also got to know Gotabaya Rajapaksa. In my conjecture this could have been in Los Angeles;[2] but he also refers to a meeting with Gotabaya when the latter was effectively overseeing Defence (with his brother President Mahinda as formal Minister). 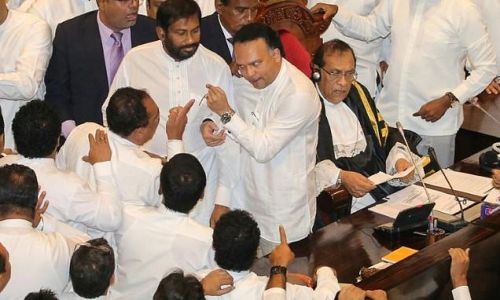 His recent article “Sri Lanka: A Tragic Lesson in Revenge Politics” betrays a distinct bias: it overblows the weight of Gotabaya’s hand in Sri Lanka’s victory in Eelam War IV just a tad.[3] However, when Long asserts that Gotabaya Rajapaksa “literally had the country ‘wired’ for real-time information-collecting and feedback to authorities,” he pinpoints a vital pillar in the war campaign. As we know from a wide variety of sources and as Long claims, this security pillar was systematically dismantled by the Yahapālana government, thereby opening the door for the Zahran Hashim network to implement its carnage on Easter Sunday despite intel-reports from abroad with concrete data on their intent (see below). END_OF_DOCUMENT_TOKEN_TO_BE_REPLACED

A NOTE from Michael Roberts

With the wide sweep of social media today Ordinary Joes and Ordinary Sandras have been encouraged to express their views in ways that can sometimes be (A) incendiary or (B) silly or (C) meaningless. I happen to receive two sets of ongoing debates among Sri Lankans (some resident abroad and some at home) which are vibrant …. But also include views which seem to be off-course if not ridiculous in my estimation.

However, I was stimulated by the sagacity and common-sense embodied in a recent exchange arising from US pressure on Venezuela – which exchange brought to my notice an item on China’s role in constructing a railway between the Pacific and Atlantic Oceans in Peru. In the context of China’s One Belt policy in Asia and the hullabaloo about Hambantota port raised by American, Sri Lankan and others, this commentary was refreshing. Well -it IS refreshing and worth airing in Thuppahi.

END_OF_DOCUMENT_TOKEN_TO_BE_REPLACED

Gideon Haigh, in The Weekend Australian, 19-20 January 2019, where the title is  “Crisis of cricket and democracy in Sri Lanka”

In Shehan Karunatilaka’s kaleidoscopic novel of Sri Lanka and cricket, Chinaman, the narrator stops to consider whether the game is so nationally useful at all. “Does Sri Lanka need more schoolteachers, more soldiers or more wicketkeepers?’’ he asks. “A middle-order batsman or a bank manager? A specialist gully fieldsman or a civil engineer?’’ Needless to say, he resolves the conundrum favourably to the game. “Left-arm spinners cannot unclog your drains, teach your children or cure you of disease,” he concludes. “But once in a while, the very best of them will bowl a ball that will bring an entire nation to its feet. And while there may be no practical use in that, there is ­almost certainly value.”

END_OF_DOCUMENT_TOKEN_TO_BE_REPLACED

Hambantota Port: Some Basic Facts from the Spot Today

Lakshman F. B. Gunasekara,** responding to a SET of QUESTIONS from Michael Roberts [in black …with His Answers in blue]

For my own edification I would appreciate your THOUGHTS on any – or all — of these specific areas …. Or alternatively if you can point me towards some authoritative article which clarify the issues in useful ways.

A = Which Ministry or department is in charge of the day-to-day operations of the Port and is there any Chinese participation in this admin/supervision?

The running of the port’s harbour marine-side operations is by SL Ports Authority, but all logistics (cargo loading/off-loading, ship crew servicing, ship servicing etc etc) is done on contract by a Chinese company which is a subsidiary of the giant, Hong Kong based China Merchants Group (which has similar and more complex operations all round the world). Port security is (in addition to Harbour Police) is maintained by a Navy troops unit while the Navy runs its own small naval base facility on one side of the harbour.

END_OF_DOCUMENT_TOKEN_TO_BE_REPLACED

Today I had the opportunity to speak at two hallowed British institutions: the London Stock Exchange founded in 1698, and now at the Oxford Union born in 1823. Many Sri Lankans educated at Oxford have made an impact in Sri Lanka. Among them were two Presidents of this very Union – my colleagues – Lalith Athulathmudali – we studied at the same school, we entered Parliament at the same time in 1977 and we sat in the same Cabinets. Lakshman Kadirgamar, who like me, studied for the LLB at the University of Colombo, and then came to Balliol. They were both Presidents of the Union in the Hillary terms of 1957-58 and 1958-59, respectively, and both their lives were cut short by the violence perpetrated by the LTTE.

END_OF_DOCUMENT_TOKEN_TO_BE_REPLACED

Following the Indian Supreme Court’s stand that it is up to the Governor of the State of Tamil Nadu to decide whether the seven life convicts in the 1991 Rajiv Gandhi assassination case should be released or not, the Tamil Nadu cabinet on Sunday  recommended to the State Governor that the convicts be released forthwith.

Given the grave issues involved, Governor Banwarilal Purohit is expected to go by the advice of the Central Government whose representative he is. But the political powers-that-be at New Delhi will be on the horns of a dilemma because the conflict is between Indian nationalism and Tamil Nadu sub-nationalism or Tamil nationalism for short.