Edmund Leach: Biographical Studies from Tambiah and Others

END_OF_DOCUMENT_TOKEN_TO_BE_REPLACED

Bharhut Stupa: Its Significance in the History of Buddhism

Bhante Dhammika of Australia, in Island, 14 August 2019, where the title runs “Bharhut Stupa; Majesty and Mystery”

The British Major had ridden for days from Allahabad while on his way to Nagpur and had arrived in the small village of Bharhut just before sunset. That evening while resting in a villager’s house he noticed some carved stones paving the floor and suspected that they had been taken from some ancient structure. Inquiring about this he learned from his host that there was a half-buried ruin a little beyond the eastern edge of the village. So in the morning the major went to have a look at this overgrown mound of bricks and stone. The time was November 1873, the major was Alexander Cunningham and he was about to stumble upon one of the most important archaeological discoveries ever made in India and one that is testimony to the artistic genius of the early Buddhists.

END_OF_DOCUMENT_TOKEN_TO_BE_REPLACED 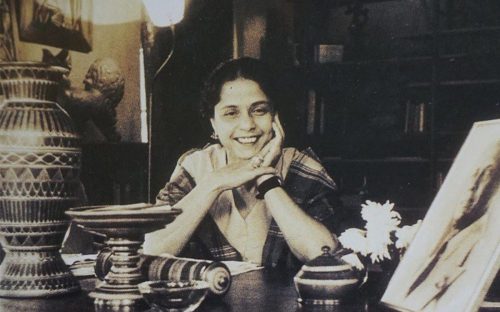 De Silva was the first Sri Lankan woman to be trained as an architect and the first Asian woman to be elected an associate of the Royal Institute of British Architects (RIBA) in 1948. De Silva was also the first Asian representative of CIAM in 1947 and was one of the founding members of the Architectural publication Marg. Later in her life, she was awarded the SLIA Gold Medal for her contribution to Architecture in particular her pioneering work developing a ‘regional modernism for the tropics’….. https://en.wikipedia.org/wiki/Minnette_de_Silva

Minnette de Silva with Pablo Picasso (left) at the World Congress of Intellectuals in Defense of Peace, 1948

END_OF_DOCUMENT_TOKEN_TO_BE_REPLACED

A Review of the Book BUDDHISM TRANSFORMED

Premkumara De Silva,** in The Midweek Review of The Island, 17 May 2005, where the title runs ” Anthropology of ‘Sinhala Buddhism’ “

The disciplinary identification of “Buddhism” in Sri Lanka as an anthropological object began in the late 1950s as part of a growing field of “peasant” or village studies in South and Southeast Asian societies. In Sri Lanka, the work of Gananath Obeyesekere, Edmond Leach, Michael Ames, and Nur Yalman is central to this inaugural moment. These anthropologists have identified the integration of the diverse beliefs and practices of Sinhala Buddhists within a religious worldview that is in accordance with fundamental Theravada Buddhist teachings. Within this academic exercise Obeyesekere insisted on the term “Sinhalese Buddhism” to convey the idea of full variety of religious practice, popular and esoteric, in Sri Lankan Buddhism. He argues that Sinhala Buddhism should be seen as “a single religious tradition”, and not as composed of separate “layers” to be analysed in isolation from each other.

END_OF_DOCUMENT_TOKEN_TO_BE_REPLACED

Buddhism over Time in Colonial and Independent Sri Lanka

For almost three decades the concept of “Protestant Buddhism” has been the object of critique by numerous scholars such as John Holt, Charles Hallisey, Anne Blackburn, Erik Braun, Alicia Turner, Steven Kemper, and others. They claim to tell a different story about the relation between religion and modernity (“Protestantism”) in South Asia. By extension, these scholars seek to reconstruct the temporal relation between the past and the present, questioning postcolonial conceptions of history, time, and religious practice. But this story of temporality is staked on the question of “influence,” which has a genealogy that includes not just colonial, missionary, liberal politics but also contemporary legal-political questions about foreign influence on democracy and sovereignty. This article contests the ways in which the critiques of Protestant Buddhism conceptualize colonial and postcolonial forms of time, translated into universal forms of self, agency, responsibility, etc. The article argues that the question of influence, which animates parts of the story of secular ways of inhabiting time, obscures not just how the encounter with the temporality of a tradition is an encounter with power. It obscures how even modern sensibilities of inhabiting time, ironically, require coherence even as they are repeatedly said to be constituted by “heterogeneous” forms of everyday life.

END_OF_DOCUMENT_TOKEN_TO_BE_REPLACED

My thoughts are organised in point-form in order to assist succincttness.

A = I recall seeing a news item a day or so back which indicated that Sri Lanka was in the process of acquiring sophisticated cyber-technology from China in order to pursue its intelligence work the better. Quite logical that — though late in the day.

END_OF_DOCUMENT_TOKEN_TO_BE_REPLACED

Shihara Farook assails Extremism. A Biography and Counter-Current of Significance

After three days of crying and being angry I am going to start speaking my heart to all of you. You are free to share this as much as you want and with whom you want. I was born a Sri Lankan Muslim in a town called Gampola very near Kandy Sri Lanka. I was born into a multilingual household and have been trilingual from birth. In that town we had a Muslim majority. There were several mosques and my very large extended family lived sprawled all over the town. 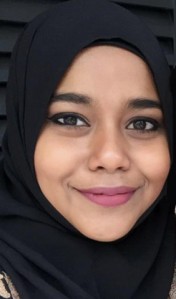 At pre school age I was sent to a preschool in a local church . I observed the nuns quietly (Leon Chan and I were friends there as tiny tots) the nuns preferred to call me Fathima as it was a name of a Christian saint as well. They were peaceful kind and so calm! I had the most wonderful time of my life there! They ran an orphanage had some rabbits and made us all smile .