Amateur Excursions in and around Galle Fort in Recent Times

Michael Roberts and his “box camera” venture into his old domain 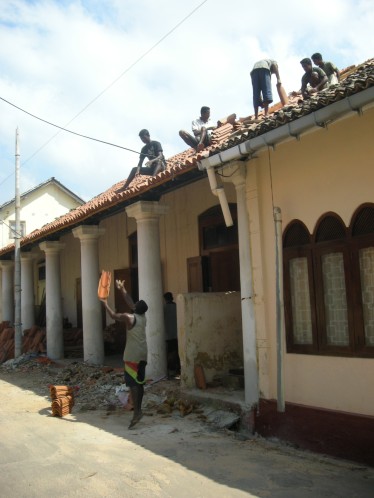 Slick Roof Renovation Work on a Typical House captured in 2008 …. tiles thrown up to a “Catcher’ on Roof  and Then ….

END_OF_DOCUMENT_TOKEN_TO_BE_REPLACED

An Underwater Museum at Galle initiated by the SL Navy

END_OF_DOCUMENT_TOKEN_TO_BE_REPLACED

A Sino-Tibetan Folded Book from 1410 predates the Gutenberg Bible

Colin Marshall in Open Culture, 15 May 2020, where the title is  “Breathtakingly-Detailed Tibetan Book Printed 40 Years Before the Gutenberg Bible”

The Gutenberg Bible went to press in the year 1454. We now see it as the first piece of mass media, printed as it was with the then-cutting-edge technology of metal movable type. But in the history of aesthetic achievements in book-printing, the Gutenberg Bible wasn’t without its precedents. To find truly impressive examples requires looking in lands far from Europe: take, for instance, this “Sino-Tibetan concertina-folded book, printed in Beijing in 1410, containing Sanskrit dhāranīs and illustrations of protective mantra-diagrams and deities, woodblock-printed in bright red ink on heavy white paper,” whose “breathtakingly detailed printing” predates Gutenberg by 40 years.

END_OF_DOCUMENT_TOKEN_TO_BE_REPLACED

Leading Buddhists in Ceylon in 1889: A Rare Photograph

from The Golden Book of the Theosophical Society (1925) … Col Olcott is the bearded gent seated mid-centre.

END_OF_DOCUMENT_TOKEN_TO_BE_REPLACED

Rodger Shanahan,  in the Lowy Institute Website, mid-November 2019, = https://www.lowyinstitute.org/news-and-media/multimedia/audio/rodger-shanahan-australian-terrorists-views-world …. where the title is

In order to better understand what motivates Australian radical islamists to join or support a terrorist group it is first necessary to get a better understanding of who they are.  This working paper examines data sets from 173 Australian citizens and residents to paint a picture of our own cohort of radical Islamist terrorists, including how likely they are to be rehabilitated. For the accompanying infographic feature accompanying this report, click here.

Since 2012 several hundred Australians have travelled to Syria and Iraq to undertake jihad with Islamic State, al-Qaeda or other radical Islamist groups.[1]  Dozens more provided financial support to them or other jihadis, or planned, conducted or supported terrorist attacks in Australia on behalf of Islamic State. 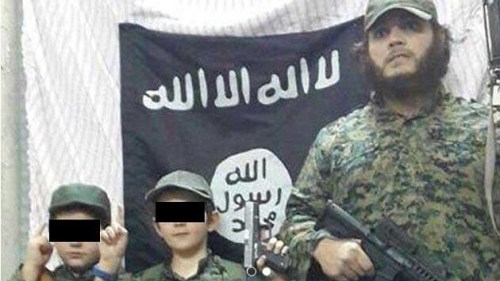 END_OF_DOCUMENT_TOKEN_TO_BE_REPLACED

From Melbourne with Sadness: A Requiem for Aubrey Kuruppu

Reaching Across the Indian Ocean, Ben Colby has said Goodbye in Christian fashion in recognition of the life and times and  of Aubrey Kuruppu in the cricket world 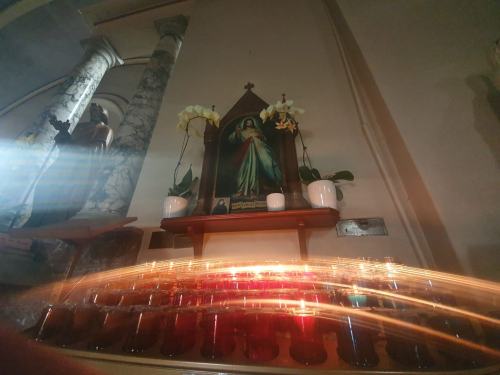 I’m so sad to read of Aubrey’s passing. I was always humbled by the time and kindness that Aubrey gave. A lovely man. I’m so sorry for your loss, and pray for his family. I visited a few Roman Catholic churches during the week and prayed for Aubrey there.” …. Ben Colby to Michael Roberts, 15 October 2019

END_OF_DOCUMENT_TOKEN_TO_BE_REPLACED

A range of priceless cricket memorabillia, including the first bat of Don Bradman have been digitally restored by Google Arts and Culture to bring the sport’s rich history to life in the wake of a rejuvination of the ‘gentlemen’s game’ in the public eye.  Its present continues to enthral spectators, with the heroics of Ben Stokes and Jofra Archer during the latest Ashes test and the World Cup final last month. The worldwide cricket audience was left stunned, mesmerised and borderline aghast at the majesty and audacity of the all-rounder as he struck a record-breaking 135* in the final innings to wrest victory from the imposing jaws of defeat.

END_OF_DOCUMENT_TOKEN_TO_BE_REPLACED

The Archbishop of Canterbury reaches across the World: The Tree of Heaven planted at the Anglican Cathedral in Colombo

The Archbishop of Canterbury- Justin Welby, on his solidarity visit to Sri Lanka after the Easter Bombing of Churches, planted  a flowering tree, Amherstia nobilis commonly called The Tree of Heaven or The Pride of Burma, at the Cathedral of Christ the Living Saviour in Colombo on 31st August 2019 along with the [Anglican] Bishop of Colombo …. .https://images.app.goo.gl/C13MUXYeEpw1sKu59 guided by plant expert and enthusiast Dushy Perera.**

END_OF_DOCUMENT_TOKEN_TO_BE_REPLACED

Muditha Dias of the Australian Broadcasting Corporation, 2 June 2019, where the title is “The search for religious harmony in Sri Lanka after the Easter Sunday attacks”

“Who exactly is the NTJ?” I asked our cameraman. We were filming at the Temple of the Tooth Relic, or the Dalada Maligawa, the holiest Buddhist temple in Kandy, Sri Lanka.

END_OF_DOCUMENT_TOKEN_TO_BE_REPLACED

If there is any country in the world that is entitled to adopt the phoenix as its national symbol, it is Afghanistan.

Consider. It has suffered a history of gratuitous devastation, ever since the ill-fated foray by the British Army of the Indus in 1839. Despite the ravages caused by the British during the 19th century, by 1900 its Amir retained enough authority to treat the British Agent at Kabul with humiliating condescension. My ancestor Fakir Iftikharuddin served as British Agent at Kabul from 1907-1910. He complained to his Government that his life was ‘very unpleasant and uncomfortable…no-one is allowed to meet him or to talk to him’. ‘In fact,’ he concluded, ‘the life of a British Agent is no better than a political prisoner.’ END_OF_DOCUMENT_TOKEN_TO_BE_REPLACED