This article is inspired by Fabian Schokman of Moratuwa whose questioning comment led to a brief exchange involving Eardley Lieversz and myself. I will place these exchanges first before proceeding to address the context and implications of the article on “Goyigama Lansiyās” written by a retired Sinhala police officer of senor rank.

This essay was obviously penned in light-hearted spirit. But, in conveying ethnographic tales of past times in genial tones, the account reveals questionable ‘seams,’ i.e. strands, within the socio-political order. Readers are advised to absorb the essay “The Goyigama Lansiyaas”[1] as an initial measure …. before proceeding to the exchanges and the arguments below. 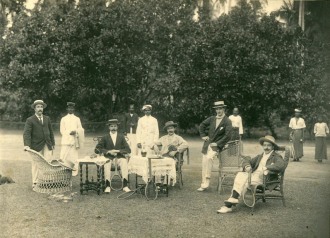 END_OF_DOCUMENT_TOKEN_TO_BE_REPLACED

The VVT Thonies and Their Mastery of the Oceans Past

Somasiri Devendra, in Island, 13 July 2019, with this title “VVT, Tahiti, and the ghost of the Bounty. The ship from Valvettithurai which sailed the seven seas” and this dedication “Dedicated to the late Mr. Kumaraswamy of Oxonia Institute, Colombo, proud son of Valvettithurai, with whom I was to co-author a work on our northern nautical culture. On him, be Peace.”

A traditional Thoni showing the backward-coiling Surul and nailed-on occulus.

In 1937 an adventurous ‘Yankee’ sailed a small yacht round the world – the smallest to do so, at that time – stopping awhile in Ceylon. After many adventures, he returned to Ceylon in search of a Jaffna-built ship whose elegant lines had caught his eye. He found her, bought and refitted her in Colombo and sailed for Boston, with an all-Jaffna crew. Boston was as overwhelmed by the vision of this ‘ghost’ of the legendary Bounty, as by its dusky crew and of the voyage itself. But a couple of months later she was sailed again, this time with an all-American delivery crew, to Tahiti. And then, like the Bounty, she disappears.

END_OF_DOCUMENT_TOKEN_TO_BE_REPLACED

Work on Stage II of the proposed ‘Galle Fort Development Project’, has commenced. The project funded by the World Bank is estimated to cost rupees 217 million. The project will be jointly handled by the Ministry of Megapolis and Western Development, the Department of Archaeology, the Galle Heritage Foundation and the Sea Conservation Department. Stage I of the project which commenced in January this year is nearing completion.

END_OF_DOCUMENT_TOKEN_TO_BE_REPLACED

A Grand Felicitation in Print for KD Paranavitana

END_OF_DOCUMENT_TOKEN_TO_BE_REPLACED

Fortresses in Lanka in Past Time

Shannine Daniel, in Roar Media, where the title is “Forts and Fortresses of Ancient and Colonial Sri Lanka,”

There are many forts and fortress cities in Sri Lanka which were built by Sinhalese kings, the Portuguese, the Dutch, and British settlers in the country. Each of these buildings are landmarks of the different historical eras of our country. Here’s a look at some of the ancient fortress cities—which have been mentioned in the chronicles such as the Mahavamsa—and some of the notable forts which date back to the colonial eras. Another lesser known ancient fortress is the Mapagala fortress—the ruins of this fortress can be found close to the Sigiriya rock and the Sigiriya tank. Image courtesy triposo.com

END_OF_DOCUMENT_TOKEN_TO_BE_REPLACED

Sinhalese War Poems and the Portuguese

Sri Lankan classical literature enriched with Buddhist thought did not promote any war or violence up to about the 16th century. Even though war is involved in these writings, the classical writers took the North Indian legendary war as a model. The European model of war was experienced in Sri Lanka only after the arrival of the Portuguese on the island. It was quite a new experience to the Sinhala king and his army to retaliate against Europeans as invaders. The Portuguese engaged in ruthless war with a nation which had a great poetic tradition that made use of this new experience to generate a new area of literary expression within the tradition, referred to as “war poems”.

END_OF_DOCUMENT_TOKEN_TO_BE_REPLACED

Sri Lanka at the Crossroads of History: A Book Review

The significance of this volume of twelve essays lies principally in its collective effort to reassess the importance of global connections in Sri Lanka’s history up to 1850. Previous historical writing had sporadically dealt with this theme. For instance, in the area of ancient history the writings of Sri Lankan scholars such as Senerat Paranavithane, Senake Bandaranayake, and Sudarshan Seneviratne have placed Sri Lanka in the context of archaeological research in India. Historians of medieval Sri Lanka, notably Sirima Kiribamune, W. M. Sirisena, and S. Pathmanathan paid considerable attention to extra-local linkages. Writing on more recent Sri Lankan history, Jorge Flores, S. Arasaratnam, and John Holt (to name but a select few) have made significant contributions to our understanding on how the external world was perceived and received in Sri Lanka up to the mid-19th Century. Furthermore, thanks to the scholarship of a new generation of scholars (including the editors of this volume), we now know much more on how Sri Lanka was part of the wider worlds of Sanskrit literature, Buddhist learning, Cola power, Islam, and of Western colonial empires. Nevertheless, with the growth of the nationalist movement against British colonial rule and the first half century of independence, the emphasis by many historians (including myself) has been on the study of Sri Lanka as a unit. As the editors point out, internal ethnic conflict in recent times has also led to a continued emphasis on the evolution of Sri Lanka and its peoples at the expense of how Sri Lanka engaged with the world beyond its shores. 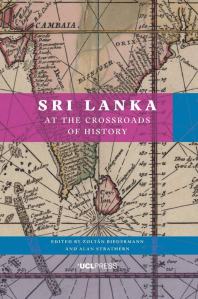 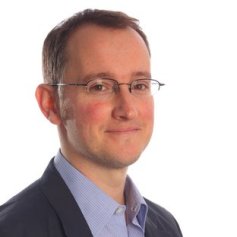